How Unmumsy Can a Mum Be? {book review} 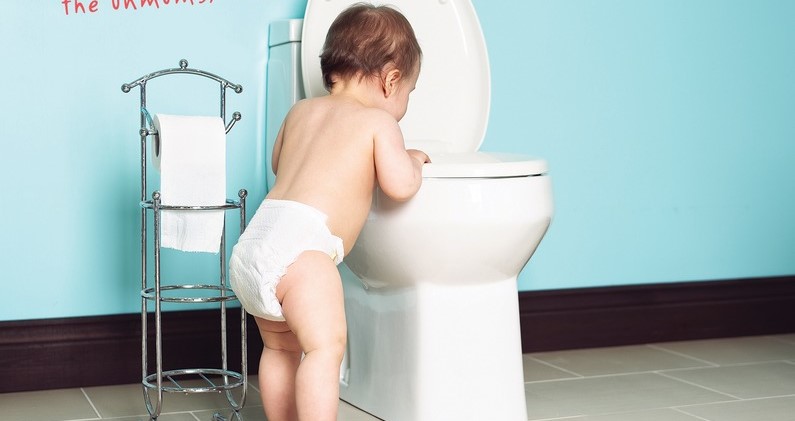 Oh Sarah Turner, you really get us mums (and moms, mommies, and mamas)!

It’s been a while since I read such a funny book about motherhood. I should have known from the cover (which you can see depicts a baby peering in the toilet), that The Unmumsy Mum was going to be good for a laugh. But in reality it’s good for MANY laughs, and a couple cries, too.

This book is truly told from the trenches and let’s just say she doesn’t hold back. The subtitle of this book quite say it all, “the hilarious highs and emotional lows of motherhood.”

There’s something about Ms. Turner’s style and candor that makes you feel like she’s your BFF who has called you up to, as she’d say, “have a moan” about all that’s just plain tough about parenting.

As an example, here’s the sub-headers for the chapter entitled Sod’s Law (apparently the British version of Murphy’s Law with which all mothers are familiar: Anything that can go wrong, will go wrong): 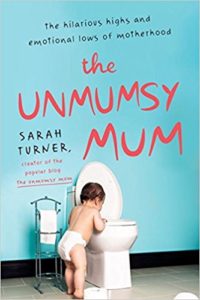 I related to her tales of baby and toddler woes despite the fact that my only child is just shy of 9. It brought me right back to the good, bad, and ugly of early parenting. I also started to imagine the voice of The Unmumsy Mum in her comforting British accent, as I said, just as if she’d called me up, or was sitting across the table having a cup of tea.

Ms. Turner’s writing is refreshingly frank and portrays the joys and chaos of motherhood in bright and bold colors. She is compassionate without giving any advice, and does her share of complaining (moaning!) while remaining steadfastly grateful for her children (and life). This excerpted paragraph really puts the 24/7/365 nature of mothering into perspective:

Imagine you were offered your dream job: dream position (Tom Hardy’s PA), dream firm, dream salary. It is the job you have chosen. But rather than working Monday to Friday, eight thirty to five thirty, you work all day every day with no sleep and no unaccompanied loo breaks. You would be forgiven for thinking, “Holy Mother of God, I want a break from this sh*t” by Wednesday teatime, no? That’s parenting. Some days, I’m so pleased I took the job. Some days, it’s hideous and I want my old job back.

Later, she addresses those who’ve written to scold her about her sometimes-less-than-happy-with-parenting attitude in a short and divine letter entitled, Dear Thou Shalt Not Moan Enforcers that is, honestly, so satisfying it’s worth the price of the entire book.

I had to wipe tears during her missive of empathy aimed at “the Mum with the Red Coat” who was spied having a totally sh*t day at the park, and again during the chapter called, “For You, Mum,” written directly to her own mother who passed away when she was quite young. This book is a triple threat of touching, funny, and wise.

Mums, unmumsy or otherwise, will enjoy the tale of a mum grappling with the complicated emotional roller-coaster of being a human and having kids. You can see that there is ample use of profanity, but if you read my last blog post, you know that only encouraged me!

Grab yourself a copy, a cup of tea, and enjoy your time with Sarah Turner, The Unmumsy Mum we’d all love to have for a friend.

Sarah MacLaughlin is author of the award-winning book, What Not to Say: Tools for Talking with Young Children and has been featured in The Huffington Post. She brings over 20 years of experience working with children and families to her coaching practice. Sarah is also mom to an eight-year-old who gives her plenty of opportunities to take her own advice. She works with families one on one, in groups, and through online offerings.