Laying The Groundwork for Acceptance and Inclusion

A couple weeks ago I wrote about some ways we can parent against hate.

Specifically, the kinds of hate that are causing big problems (and violence) all around us: racism, sexism, and homophobia. I talked about five pretty macro areas, which upon further reflection, could all stand to be drilled down more. So, I’m going to give you some concrete ideas on a more micro-level, for parenting toward a more inclusive, accepting (not just “tolerant”) world, and decidedly against homophobia, misogyny, and racism.

Acknowledge that cisgender is a thing. It may seem strange if you and everyone you (think) you know, “fits in” to the gender binary.  But, if you feel decidedly male or female, and you were born with the corresponding genitals to match that feeling, you are cisgender. This is not the case for everyone, because: neurodiversity. Using mindful language can reduce feelings of “otherness.” 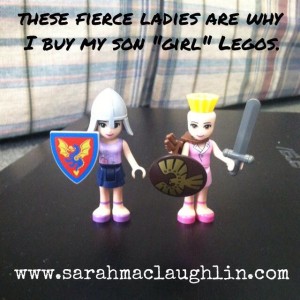 Offer up homosexuality as a possibility. When we play the (board) game of Life, and stop at the church to get married, I ask my son, “Do you want to marry a boy or a girl?” Then I give him the corresponding pink or blue peg for his car. Simple anti-bias move. Explaining what being gay is to a child is only uncomfortable for them if it’s uncomfortable for us. Love this video of a little boy learning that some people he knows (men) are married. He says, “So that means you love each other!” You can see his cognitive dissonance, but it is gone is about 30 seconds.

Teach that diversity is what’s normal. If you are part of the dominant culture (white, straight, cis) you may really feel that you are “normal” and everyone else is “different.” But that’s an ethnocentric, heteronormative view of things. Did you know that non-Hispanic Caucasian people represent somewhere around 63% of the U.S. population? And as of 2014 the majority of American babies being born were non-white. (Whites are already in the minority in California.) If you take an even broader perspective, my Google searching found evidence that less than 20% of earth’s population is Caucasian.

Parent against gender norms. I mention in this article about how I bought my friend’s daughter a truck and my other friend’s son a doll for their respective 1st birthdays. In addition to offering children “opposite gender” toys and experiences (I hate to call it that, but, marketing to children has become SO gendered it’s hard not to), you can step fully into the role of helping others with their discomfort or dismay when your son is carrying a baby around in a sling pretending to nurse it.

Get books that depict all different kinds of people and families. Here’s a good selection of books that depict gay families, as well as this list of books that have characters of color, and this blog post that shares 14 books with multiracial families. These resources should be in your homes and schools even if (especially if!) you do not have this kind of diversity in your community. This is life. The planet is diverse. You are helping children understand their world more easily and comfortably by normalizing differences from an early age.

Monitor how you talk to young children about their bodies and sexuality (especially girls). You would be shocked if you knew what percentage of the time your ice-breaker with a 3-year-old girl is about how she looks or what she is wearing. Seriously. I’m guilty of it myself. Also on my list of pet peeves is joking about “needing a shotgun” to protect teen girls or noting how much of a “heartbreaker” a boy will be.

Stop being weird about sex.

It’s a very typical thing for people to grow up and want to engage in. It feels good and it’s perfectly normal. I like this article about ways dads can step it up 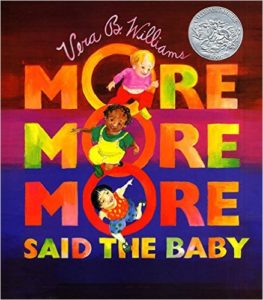 This is certainly not an exhaustive list. What other ideas do you have on these topics? What progressive parenting approaches have been working for you? Please comment if you have good resources to share.

Sarah MacLaughlin is a social worker, compassion coach, play promoter, and warrior for kindness. She is the author of What Not to Say: Tools for Talking with Young Children, and has an eight-year-old son who gives her plenty of opportunities to take her own advice.