One Mom’s Thoughts on Gatekeeping 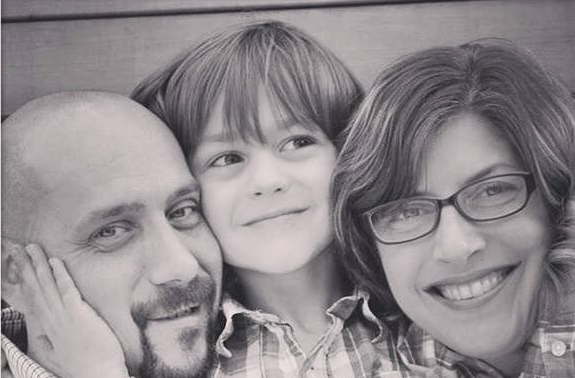 What is gatekeeping and what does it have to do with parenting?

gate·keep·ingˈɡātˌkēpiNG/: 1. noun the activity of controlling, and usually limiting, general access to something.

I first heard about gatekeeping from a mother for whom I worked as a nanny. She used the term to describe something she was doing, while simultaneously stating that she needed to stop doing it. I think she said something like, “I know that boy and dad need to have their own relationship, and that my gatekeeping totally isn’t helping.”

She was calling herself out; admitting to her own overstepping of bounds.

My second awareness of gatekeeping was a friend’s absolutely stunning display of not engaging in it. She and I were chatting in her kitchen. I could see over her shoulder where her husband stood—he was supervising their eight-year-old daughter’s attempts to put on a life vest. It was the kind with clips that come around in front and are difficult to click shut.

I didn’t see what portion of her flesh got caught in the plastic buckle, but I heard her scream and saw her start to cry. I cringed, literally. But my friend (a mother of five, mind you), continued our conversation as if nothing had happened. Only when her daughter had already been attended to by dad, and she came directly to her, did she offer any comfort. She never even turned around.

That was some rock-solid, non-gatekeeping mothering right there.*

To be honest, I’ve never gotten that good at it. The instance sticks with me though. How firmly she stood in her trust of both her child and her husband. It sticks with me how confident she was that they could handle the situation, and that they would consult her, if needed. I remember her nonchalant response, and how it was nothing like what I imagined my hysterical reaction would have been had it been my child. (I was not yet a mother at the time.)

It was a heads-up that I had some work to do.

It’s hard work to push back against the cultural tide.

The mainstream story places mothers at the helm of the caregiving ship and gives fathers menial jobs. Our media is full of gatekeeping moms and bumbling dads (pick a sitcom, any sitcom). It’s extremely easy for us to fall into specified roles. It’s the water we’re swimming in; we don’t even notice it.

A few tips for moms and dads*, who each have their unique positions from which they can shift family dynamics.

There are many other areas where attention to relationship constructs and habits will pay parents back several-fold: communicating clearly and often, expressing appreciation, and just generally being kind. Offering positive regard and assuming good intent really do go a long way.

Admitting to gatekeeping and taking action to do something about it can be tough. Creating safety in your relationship where it’s possible to slow down and take a closer look is a gift to all parties involved because moms who take on heavier and heavier caregiving loads will get burnt out. This parent coach’s open letter to (straight, married) dads lays it all out and makes clear just how much partners stand to miss when they don’t participate equitably in parenting.

* Not all parents have partners and gatekeeping relationships can happen with grandparents and other caregivers. That said, most two-parent families have a primary caregiver and a secondary caregiver. Though this article does, I do not assume that in all cases moms are the former and dads are the latter. I am also aware that same-sex/gender nonconforming unions & marriages will not have a mom and dad. I use the gender binary and these labels for ease in explaining gender bias, and for highlighting general cultural caregiving assumptions.